A Nightmare on Elm Street 3: Dream Warriors is a 1987 horror-fantasy film, and the sequel to A Nightmare on Elm Street 2: Freddy's Revenge. The film received mixed to positive reviews. It was directed by Chuck Russell, written by original creator Wes Craven and co-written by Bruce Wagner, and starred Craig Wasson, Heather Langenkamp, Robert Englund and Patricia Arquette in her first role.

A year after the events of A Nightmare on Elm Street 2: Freddy's Revenge, Kristen Parker is stalked by Freddy Krueger. While making a model of the house occupied by the protagonists of the first two movies, Kristen's mom sends her to bed.

In a dream, Kristen finds herself and her bed in front of the Elm Street House.

Also in front of the house are three children playing jump rope, two children throwing a ball to each other, and one child riding a tricycle.

In Kristen's dream she becomes restrained by Freddy in her bathroom and he slashes her wrists. Kristen's mother finds her awake with her wrist cut and a razor in her hands, which makes it appear like an attempted suicide.

Kristen is taken to the Westin Hills Asylum for observation. When the orderly tries to sedate her, she loses control and defends herself with a scalpel. While singing Freddy's jump rope rhyme, Nancy Thompson enters the room and completes the last verse. Kristen immediately feels a bond with Nancy and hugs her.

By this time, all the Elm Street children have been killed by Freddy except for a few who are committed to Westin Hills. Aside from Kristen, the survivors are: Roland Kincaid, Phillip Anderson, Jennifer Caulfield, Will Stanton, Taryn White, and Joey Krusel. Nancy Thompson is a graduate student researching dreams and is assigned there for research purposes.

Neil Gordon, the psychiatrist assigned to the children, at first is apprehensive about Nancy's presence. He tells her that he believes the children are suffering from a group delusion and will g to any extremes not to sleep. In a talk with her, he discovers by accident that Nancy is taking a drug known as Hypnocil. Later research shows that it is an experimental drug that is not yet approved by the FDA and is used to suppress dreams.

Nancy goes to speak to Kristen's mom, only to discover the house that Kristen made a model of. She brings it to her own home.

That night, Freddy attacks Kristen, turning into a snake and trying to eat her, but Kristen pulls Nancy into her dream. Though startled, Nancy is able to repel Freddy long enough for Kristen to pull them out of the dream.

A series of events happens the following day. Nancy learns more about Kristen's ability to pull people into her dreams. Then, Nancy is introduced to the kids through a group session. Having dinner together, Nancy requests that Neil prescribe Hypnocil to the patients, but he refuses. Meanwhile, Freddy controls Phillip like a puppet using his tendons, and severs them with his claw, causing him to fall out the window, making it appear as a suicide.

At the group session the following day, Simms has decided that all patient rooms will be locked and that their will be a policy of evening sedation going forward. Kincaid protests and earns himself a night in the quiet room. Neil is so rattled by what happens that he convinces Simms to start prescribing Hypnocil, which they attempt to get the next day.

Later that evening, Jennifer convinces Max to let her stay awake and watch TV. She falls asleep and Freddy's arms and head come out of the TV. He grabs Jennifer and tells her "Welcome to prime time, bitch!" He pulls her into the TV, killing her.

While attending Jennifer's funeral, Neil notices a nun walking by the gravestones. Upon reaching her, she gives her name as Sister Mary Helena. Upon telling the sister that his faith is science, the nun tells him it is a sad choice. She tells him the only way to save the children is to put the unclean spirit to rest. Before he can ask her any questions, Nancy appears and the nun is gone.

Neil is confused by all the strange events going on, so Nancy decides to tell him about Freddy. Nancy, Neil, Kincaid, Taryn, Will, Joey, and Kristen do a group hypnosis, and all enter the dream world simultaneously in which Kincaid, Taryn, Will, and Kristen all have special powers. Joey sneaks off after a nurse whom he has a crush on, who turns out to be Freddy in disguise. He traps him above a flaming pit, leaving him in a coma unable to awake from his nightmare.

The cause of Joey's coma is believed by Simms and Dr. Carver, the dean of medicine of Westin Hills, to be the Hypnocil, and Nancy and Neil are subsequently relieved of duty. Although originally promising to listen to the children, Simms has an immediate falling out with Kristen and sedates her and isolates her in the quiet room.

Neil once again sees Sister Mary Helena going to the abandoned part of the hospital. The sister tells him the story of why the hospital wing was shut down. A nun was locked in with inmates in an insane asylum and raped hundreds of times by the inmates. She was eventually rescued and gave birth to Freddy, whom the sister refers to as "The bastard son of a hundred maniacs." She tells Neil to put Freddy's bones to rest on holy ground. Nancy's father, Donald Thompson, now an alcoholic, is the only one who knows where they are. Upon confronting him, Donald refuses to believe that Freddy Krueger is killing again and refuses to show Nancy and Neil where the bones are. Nancy receives a call from the Dream Warriors (Taryn, Will, and Kincaid) saying that Kristen is going to be sedated and placed into the quiet room. Neil tells Nancy to go protect the kids while he stays behind to speak to Donald.

Neil finally convinces Donald to show him where the bones are hidden by physically threatening him. He picks up some holy water and a crucifix at a church, and they go to the junkyard where they find Freddy's bones and begin to dig a grave. Donald tries to escape several times, but Neil makes him stay for the funeral.

Upon arriving at the hospital, Max refuses to let Nancy see Kristen. However, Nancy does convince him to let her say goodbye to the other kids. Nancy takes them to another room and they have a second hypnosis session to begin the final fight. Kincaid, Taryn and Will enter the dream world with Nancy, but are immediately separated. Taryn, who uses switchblades in the dream world, attacks Freddy, but he turns his fingers into syringes and injects them into Taryn, killing her. He then sends a spiked wheelchair after Will, who in the real world is in a wheelchair, but can walk and use magic in the dream world. Will destroys the spiked chair with his magic and zaps Freddy, but he is unaffected and stabs Will dead. Nancy, Kristen, and Kincaid rescue Joey from the flaming pit. They attack Freddy, but he is stronger than before. He reveals that when he kills his victims, he takes their souls and holds them captive inside him, giving him strength. In the middle of the battle, Freddy vanishes.

As Neil and Donald are about to bury Freddy's bones, Freddy takes control of the bones and attacks Neil. Donald finally believes that Freddy came back after his physical death and tries to kill him again, but Freddy stabs him and throws him up against a piece of metal, impaling and killing him. Freddy then throws Neil into the grave but does not bother to finish him off and he re-enters the dream world.

Back in the dream world, Freddy creates a room full of mirror images of himself. The images begin to pull the remaining dream warriors in. Joey, however, discovers his voice and shatters the mirrors. Nancy believes this is the end of Freddy. Suddenly, Donald appears and apologizes to Nancy for not believing her and for causing all of this trouble. As Nancy hugs him, Donald reveals himself to be Freddy and finally kills Nancy, much to his happiness. Kristen, in a fit of rage fights Freddy but is overpowered. Meanwhile, although wounded, Neil manages to throw the bones into the grave, pours holy water on them  and throws the crucifix onto the skull. Freddy is destroyed. Kristen mourns Nancy and says she will dream Nancy into a wonderful dream forever.

The film received mixed to positive reviews from critics and audiences. It has garnered an average score of 72% on Rotten Tomatoes, based on 32 professional reviews. It is almost unanimously considered the best Nightmare film after the original, but still received some negative reviews from critics because of the comedic themes present in the film; director Chuck Russell said in an interview he felt it needed to be taken down a different path, making Freddy fun to keep the audience entertained instead of being dark and scary over and over again. Roger Ebert gave the film 1 and a half stars out of 4.

In Queensland, Australia, Dream Warriors was banned by the then Bjelke-Petersen government due to its drug references, particularly the scene where Freddy's glove becomes a number of syringes as he injects his victim with a heroin overdose. In 1990, the newly elected Goss government abolished the Queensland Film Board of Review. Consequently, Dream Warriors became available to Queenslanders through normal market channels rather than just through sympathetic video rental stores.

The theme song of the movie, "Dream Warriors", was written and performed by the American heavy metal band Dokken. The success of the single led to the following sequels to include a heavy metal song in its soundtrack.

In the original VHS release of the film, during the opening sequence, a hard rock instrumental version of the song "Quiet Cool" is playing. The original version of that song, performed by Joe Lamont, was written for the movie with the same name in 1986. When Dream Warriors was released on DVD, the song that was on the original theatrical release, "Into the Fire" by Dokken, was reinserted. 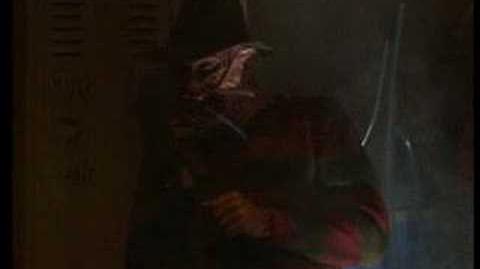 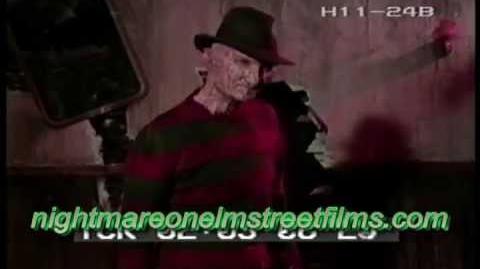 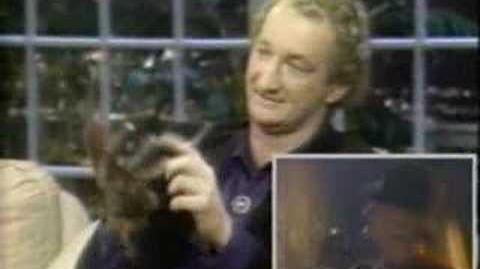