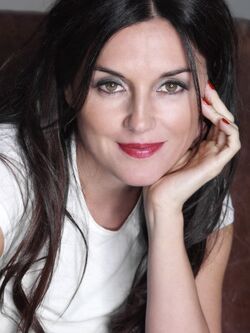 Lisa Zane is an American actress and singer. She is best known for her voice role as Jennifer Walters/She Hulk in season one of the 1996 TV Series, The Incredible Hulk. In Freddy's Dead: The Final Nightmare, she potrayed Maggie Burroughs. She is the older sister of actor Billy Zane.

Retrieved from "https://nightmareonelmstreet.fandom.com/wiki/Lisa_Zane?oldid=16408"
Community content is available under CC-BY-SA unless otherwise noted.