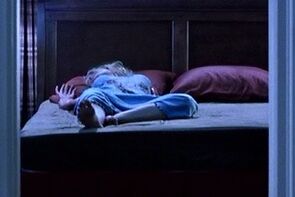 Mrs. Campbell was the mother of Lori Campbell and the wife of Dr. Campbell in Freddy vs. Jason. She was killed by Freddy Krueger while dreaming.

Mrs. Campbell was from Springwood, Ohio where she lived with her husband and daughter. She was killed by Freddy Krueger in a dream.

Her husband lied to Lori and told her Mrs. Campbell died in a car wreck. After, murdering her, Freddy absorbs her soul. It was released when he was defeated.

Mrs. Campbell at the Friday the 13th wiki.

Retrieved from "https://nightmareonelmstreet.fandom.com/wiki/Mrs._Campbell?oldid=25540"
Community content is available under CC-BY-SA unless otherwise noted.